This destination is for those seeking an intense experience. During my 3 years as guide and coordinator of the program, I must say that here every angler is tested for.
Patience and good mood is required in this fishery, since conditions change from one moment to another and from having the best fishing day ever, to having the most boring and slow hours of the day.
Nevertheless, the heat, rains and long waiting hours fade away as soon as one of these monsters get hooked. See a fish of 160 lbs flying on the air and carrying away the whole line in just seconds, injects an adrenaline dose in your body, which can't be compared to any other fishing.

During this month of October we had both experiences, rainy days or very warm ones, days in which we saw tarpon rolling all around us but didn't bite... while in the meantime we fished for jack crevalle and a kind of snapper of 22 lbs approximately that gave a fight of 40 minutes!
Everyday there was a hookup of some specie and along each fishing week (5 days) there was a big day!
Big day in Bocas del Toro means arrive to the fishing spot and see an uncountable amount of tarpon rolling near de boat, and throw lines waiting for the attack to happen and fight for it during not less than 1 hour, where technique and resistance are put in test to every angler.

The biggest tarpon of the season weighted 180 lbs approx and gave a 2 hour fight, the smallest one weighted 20 lbs.
There was one particular day we had double hookup on the boat, the angler asked me to fish with him and I managed to land a 130 lbs tarpon in 1 hour and he hooked on a bit bigger than mine and landed it in 1 and half hours. After a refreshment and some rest of the previous fight, he actually got to fish the biggest tarpon of the season!

Another good season finishes with a positive balance, all the anglers had some action during their fishing days and we keep of discovering new fishing spots.

Also an important aspect to consider of this destination is the possibility to spend time with the family. The fishing ends every day at 14 hrs approximately and we leave the angler in some spectacular beach where he joins with his family and enjoys the rest of the afternoon. 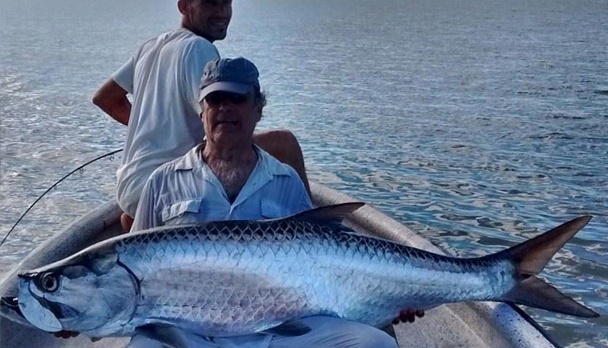 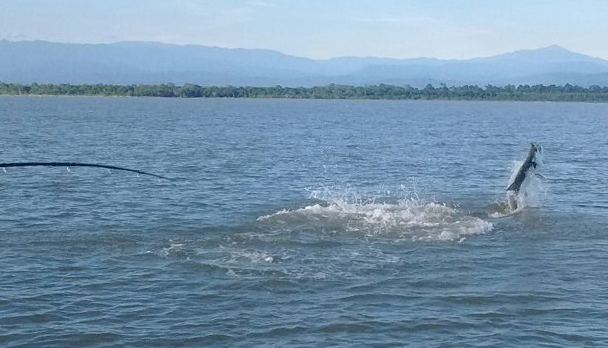