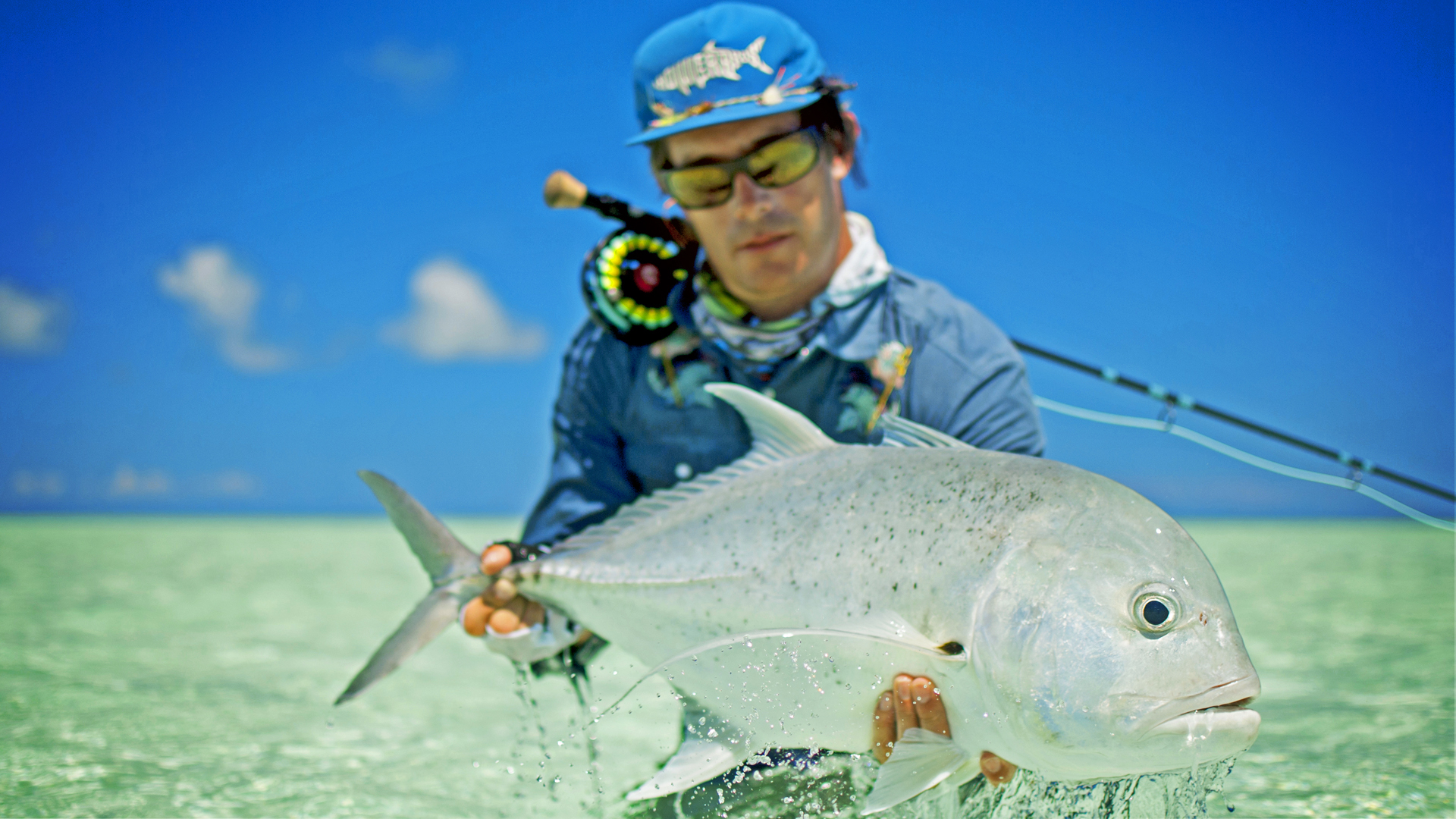 Week 16 bought 12 anglers to Cosmoledo, with slow moving tides to start the guides were on the search for some big fish.

Stephan Kreupl, Michael Sarkesian and Olafur Vigfusson made their guides efforts count and landed GTs ranging from 97 cm - 126 cm just on the first day. Stephan landing the largest fish of the week and a personnel best for him of 126 cm.

The GT numbers seen for the week where impressive and everyone capitalised on this, landing a good few fish per day. In the middle of the week there was some ugly weather but regardless of start delays and terrible light loads of bonefish and some special triggers where caught. Stephan managed a very large yellowmargin trigger which was his first yellowmargin landed for him. Marco Löcher also landed his first triggerfish which was a beautiful moustache.

With all the great fish being landed it was hard to think it could get any better, but it did. Steve Hardle and Patrick Keenan celebrated a magical moment together when they both hooked into their personal bests and both fish where over a metre. Patricks GT being 101 cm and Steve’s GT 106 cm. 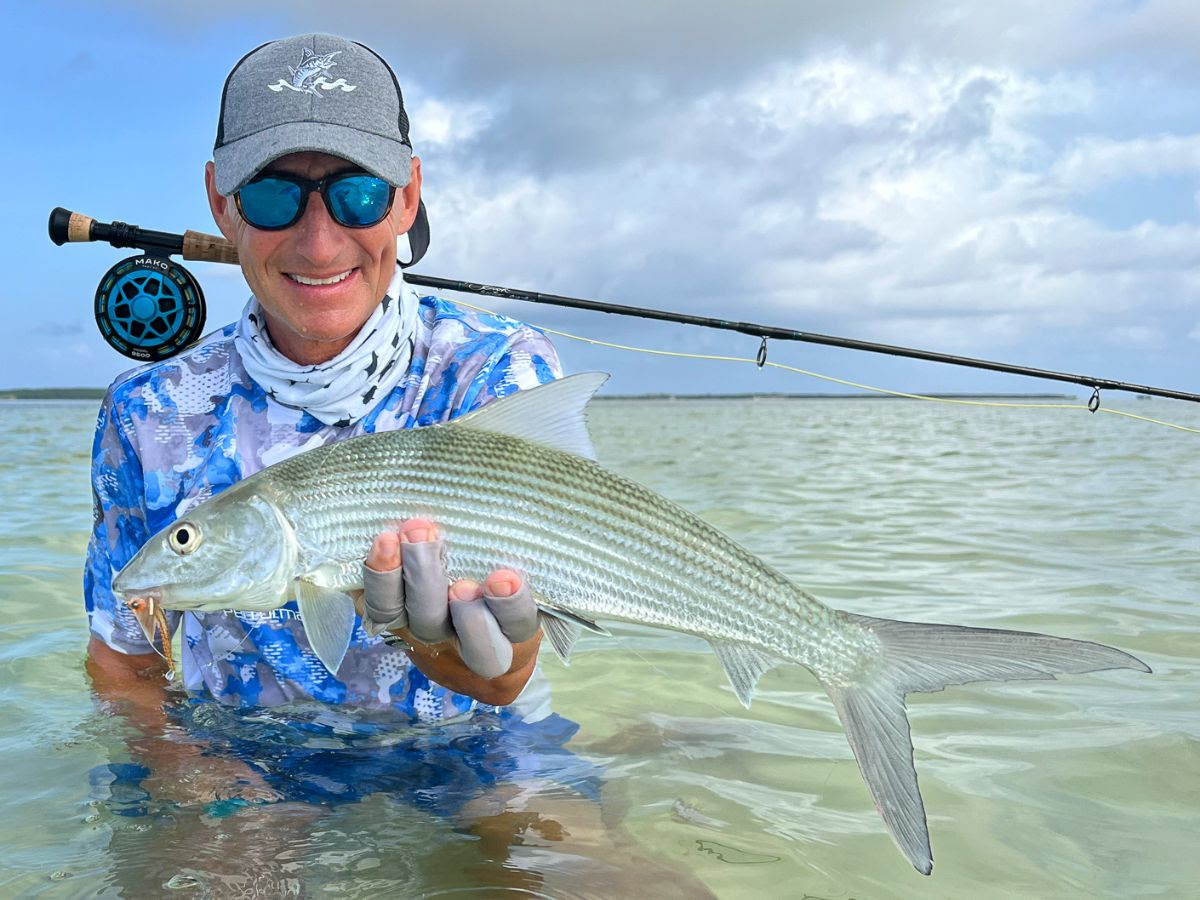 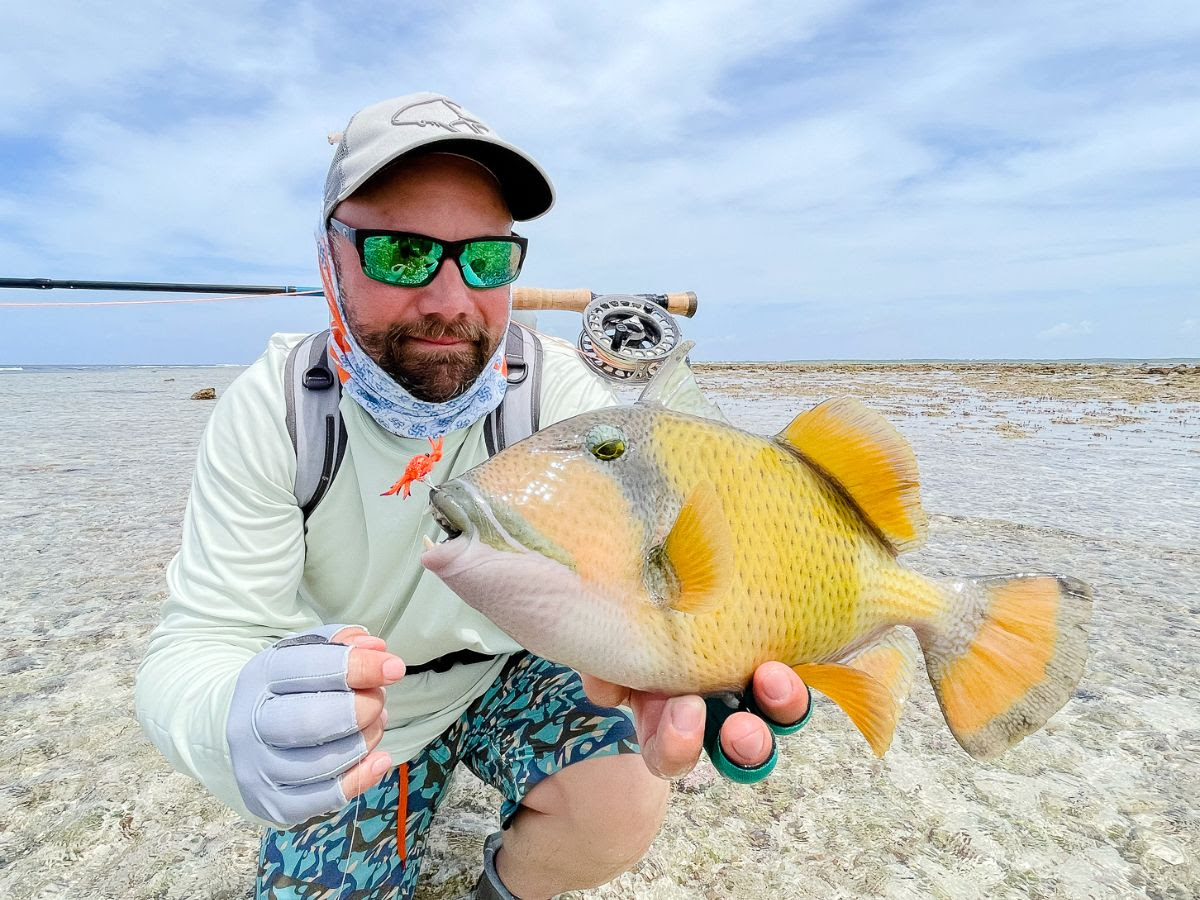 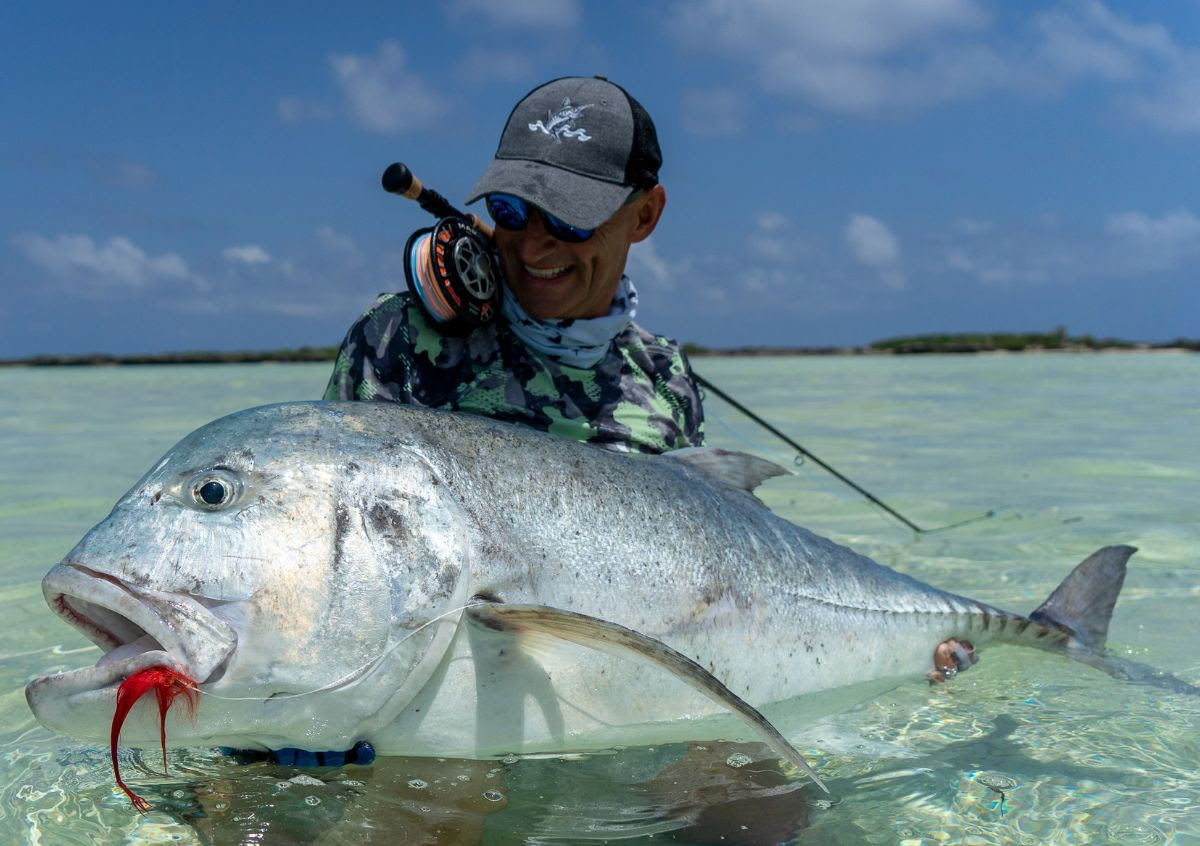 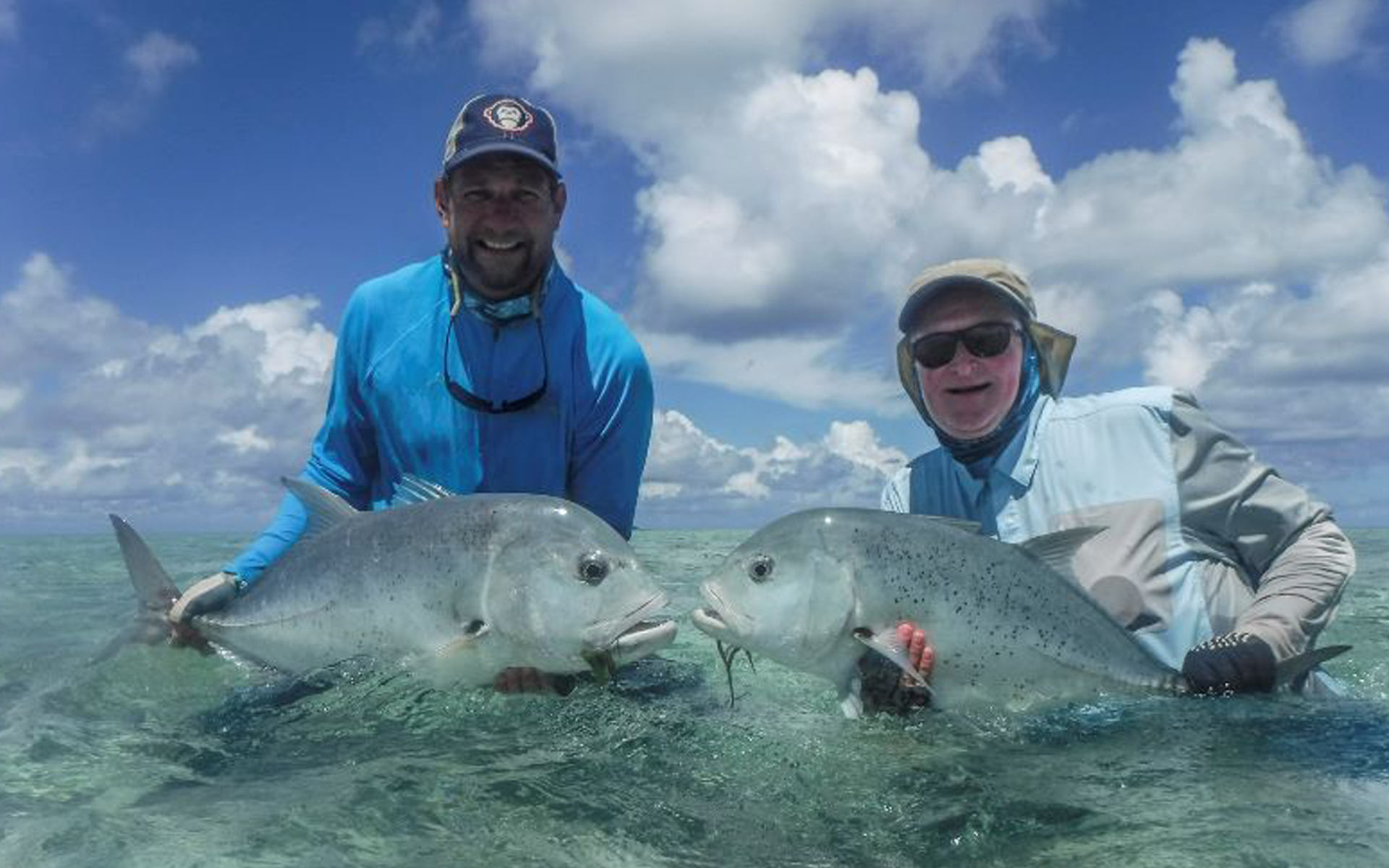