It has over 60 sport fish to target on the fly, but main species are bonefish and giant trevally which can reach up to 100 / 150 lbs.

In addition to the abundant bonefish flats, the lagoon envelopes coral finger flats and coral heads allowing anglers to catch several of the now 60 species targeted on fly, including three species of triggerfish, seven species of trevally, milkfish, barracuda, sailfish, dogtooth tuna, yellowfin tuna and a plethora of other flats and offshore species. Sight fishing for giant trevally is one of the most exhilarating forms of fly fishing one will ever experience, especially when they grow in excess of 150lbs.

Seychelles is typically hot and somewhat humid with midday temperatures hovering at 90º Fahrenheit. The main fishing season runs from early October to the end of May.

Upon arrival you'll be transported to the hotel together with the Management team and will have a brief explanation of the opration dynamics.
After the briefing you'll be accommodated in your rooms. During the afternoon you'll ride on a bike to the marina where anglers will prepare the fishing tackle and get all the information needed for the fishing experience.

A typical fishing day goes as following:
Breakfast is served at 6.00 hs am and anglers meet at the fishing centre at 06.45 hs. The team will be ferried in the mother ship for a 40 minute trip up to St Francois lagoon. Once arrived teams of 2 anglers and a guide will get on their own skiffs and commence their 8 hour fishing session. At 16 hs guides will begin their return to the mother ship and the departure back to the hotel is expected around 17 hs.
Dinner is served at 19.30 hs.

The "All Inclusive" Resort has accommodation in the Beach Suits with private pool and direct access to the beach, and Bungalows. There are various facilities such as beach bar and dining area, entertainment area, swimming pool, tennis court, watersports center and spa. 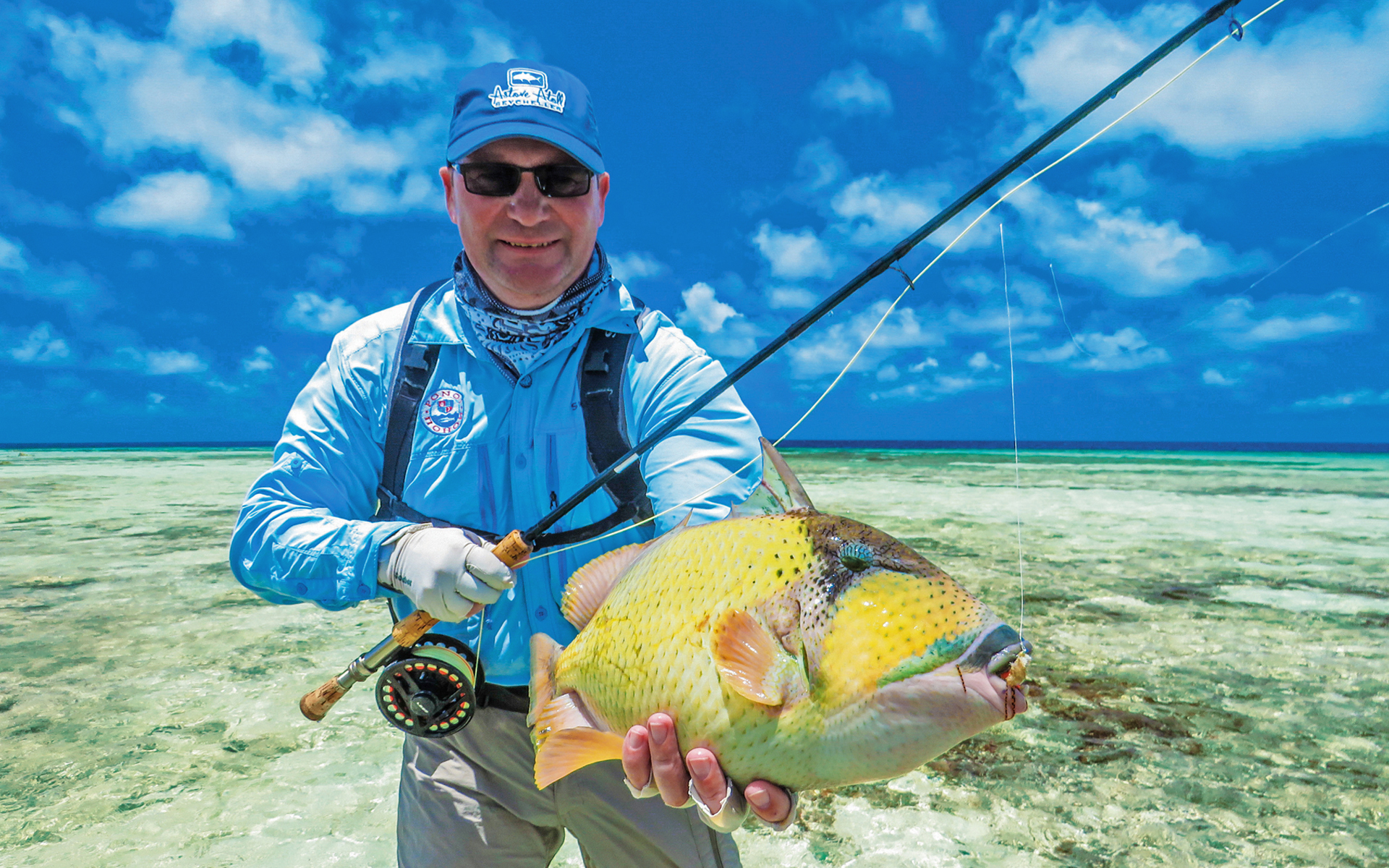 ~ Per person sharing skiff and single accommodation in Beach Bungalow. ~

Rates include: Domestic flight to and from Alphonse, 7 nights accommodation in single basis Beach Bungalow, all meals and soft drinks while fishing, 6 full fishing days.

The week began with less-than-ideal weather but cleaned up slightly towards the end of the week. The anglers remained persistent, and some good fish came to hand.

Once again, the bonefish on St Francois were present in their thousands, and after most of the anglers warmed up with bonefish on the first day of the trip, their focus turned from the ghosts of the flats to the gangsters of the flats.

Most of the anglers were in pursuit of a monster giant trevally and they were not disappointed by the number of fish seen and landed. The most successful angler of the week was Niall Turley. Niall landed four GTs throughout the week with the first three measuring fish 68 cm, 71 cm, and 77 cm respectively. The fish of the week, and Niall’s largest GT was a beautiful just-over-the-metre mark fish, taking the tape measure to 101 cm, the GT was caught on Milky Way finger. It was quite the battle, the fish seemed to have the upper hand after breaking Niall’s rod but he stayed calm and kept on working for it, and eventually, it came to hand. Niall added nearly half to the total tally of the nine G’s landed throughout the week.

Targeting triggers for the week was made difficult by either the tides or the weather, but there were a few windows where the tides were perfect and the conditions were good. One thing was for sure, there were plenty of triggers around, but sticking true to their notorious behaviour, after many refusals only one moustache was landed during the week.

Bernard fished Alphonse during the week, he went for the species count and did very well. He caught countless different species of fish including bohar snappers, blue spangled emperors and bluefin trevally to mention a few, by the end of the week he’d also managed to land two GTs measuring 70 cm and 75 cm.

Stay tuned for next week’s report. 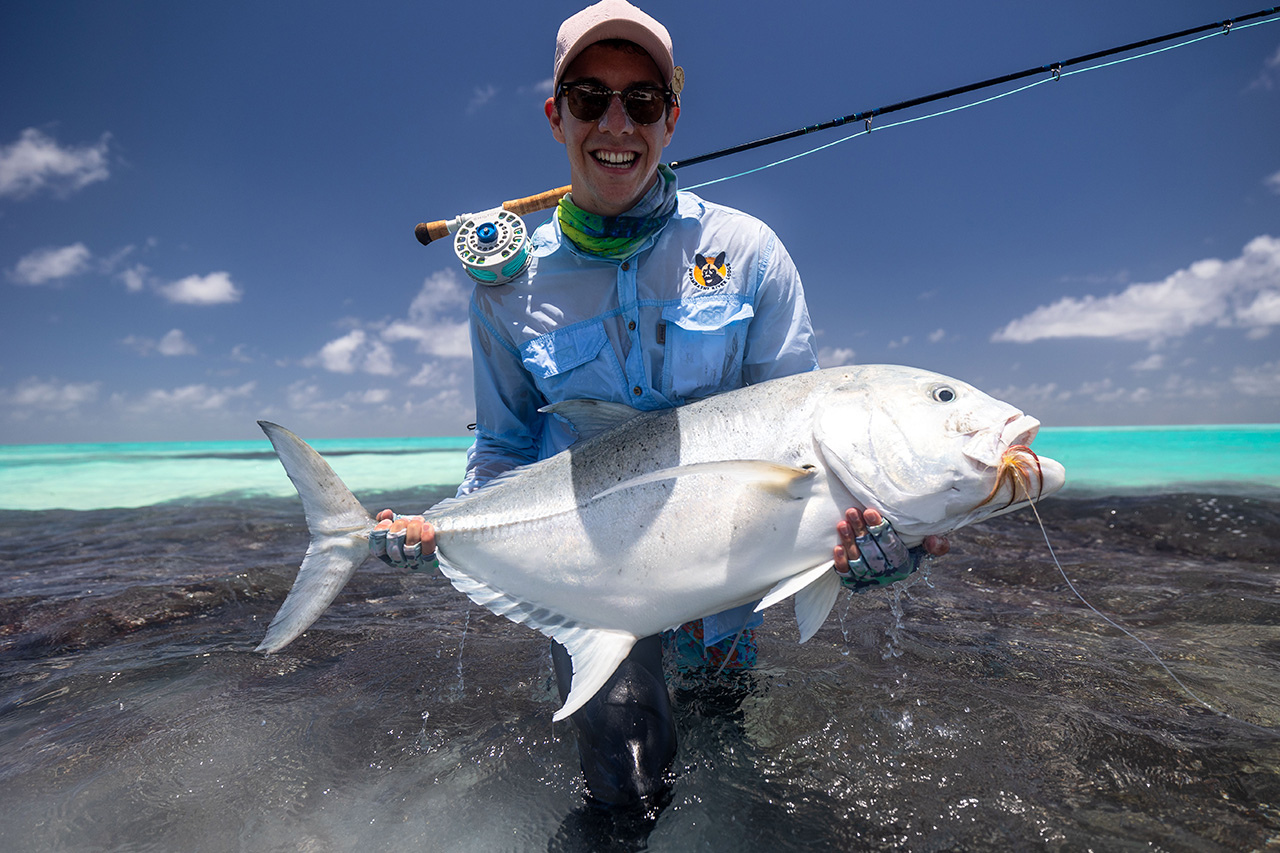 Other programs in Seychelles Islands