I want to repeat the experience! 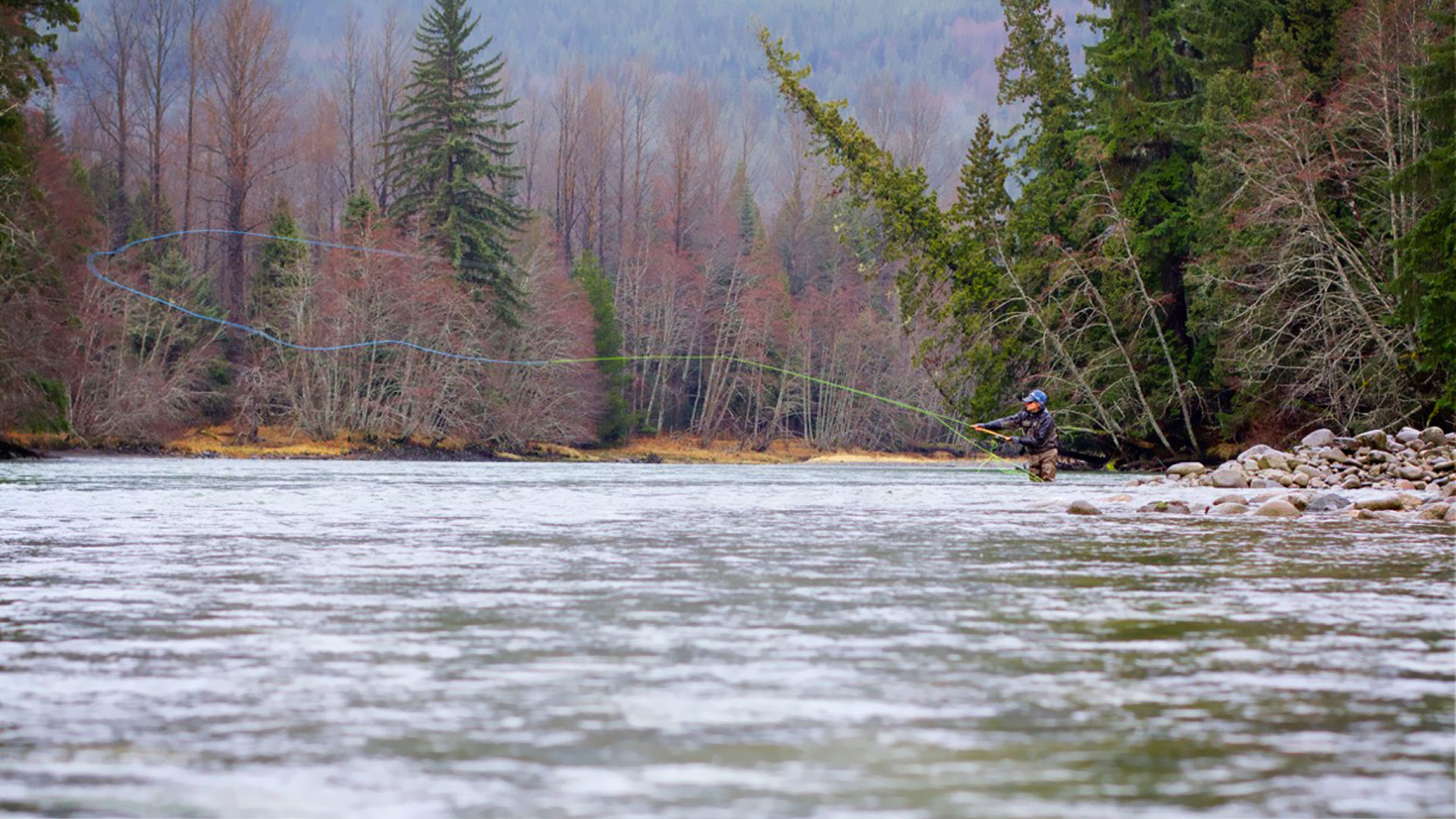 Hi Daniel, I'll give you a summary of the week at Wild River Lodge.

Before arriving at Terrace, we took the opportunity to get to know Toronto and Vancouver, then we took the flight from Vancouver to Terrace where Jason, one of the guides, was waiting for us at the airport. After taking our luggage, we went first to a fly shop to buy some things that we were missing and then we went to a Liquor Store to buy alcoholic beverages, which was the only thing that was not included in the lodge. Upon arrival, Lars the Chief Guide was waiting for us, along with Greg the chef and Rachel the girl who attended us. We went to the rooms, which in addition to being comfortable were single with a double bed. Every day at 5 pm an appetizer was served and later between 6 and 7 pm dinner, which was excellent every day. Luckily, the chef often comes to Argentina and Chile and, in addition to handling Spanish, he knows a lot about our eating habits.

The day we arrived, after dinner, we took the opportunity to show our equipment and flies to the guides and to leave the equipment chosen to start fishing the next day, we mainly fished with a 2-hand rod with sinking tips from 12 to 15 feet. and with different sink rates, T11, T14, T17 and T20 were used, mainly 14 and 17. Luckily the guides had a wide variety of tips and flies that helped us a lot. Breakfast was served around 5 in the morning and usually between 6 and 6.30 we were already at the river

Due to the level of the waters, it was not possible to fish the tributary rivers to the Skeena, for which reason fishing was carried out every day in this main river, fishing in preferential waters, for which we obtained additional permits. The salmon fishing was very good, having caught group 4 of the 5 species present in the river: pink, coho, sockeye and chum, some of very good size such as a coho caught by Carlos, which according to the guide may have been a record. As the star of the river is the Steelhead, the effort of the guides was put into fishing for the latter, otherwise the amount of salmon caught would have been much more important. As an example, someone in the group in a pink run had caught 7 salmon in less than an hour. The results with the Steelhead were not so easy, having captured one in the group and 2 very big losses after 2 quite arduous battles, with runs of more than 100 yards. I particularly believe that the problem may have been our lack of experience, since Tomas, a German angler, was at the lodge. He has been fishing there for 15 years and managed to catch 1 to 2 Steelhead per day.

In short, the excursion to my liking was very good and I want to repeat the experience if possible. 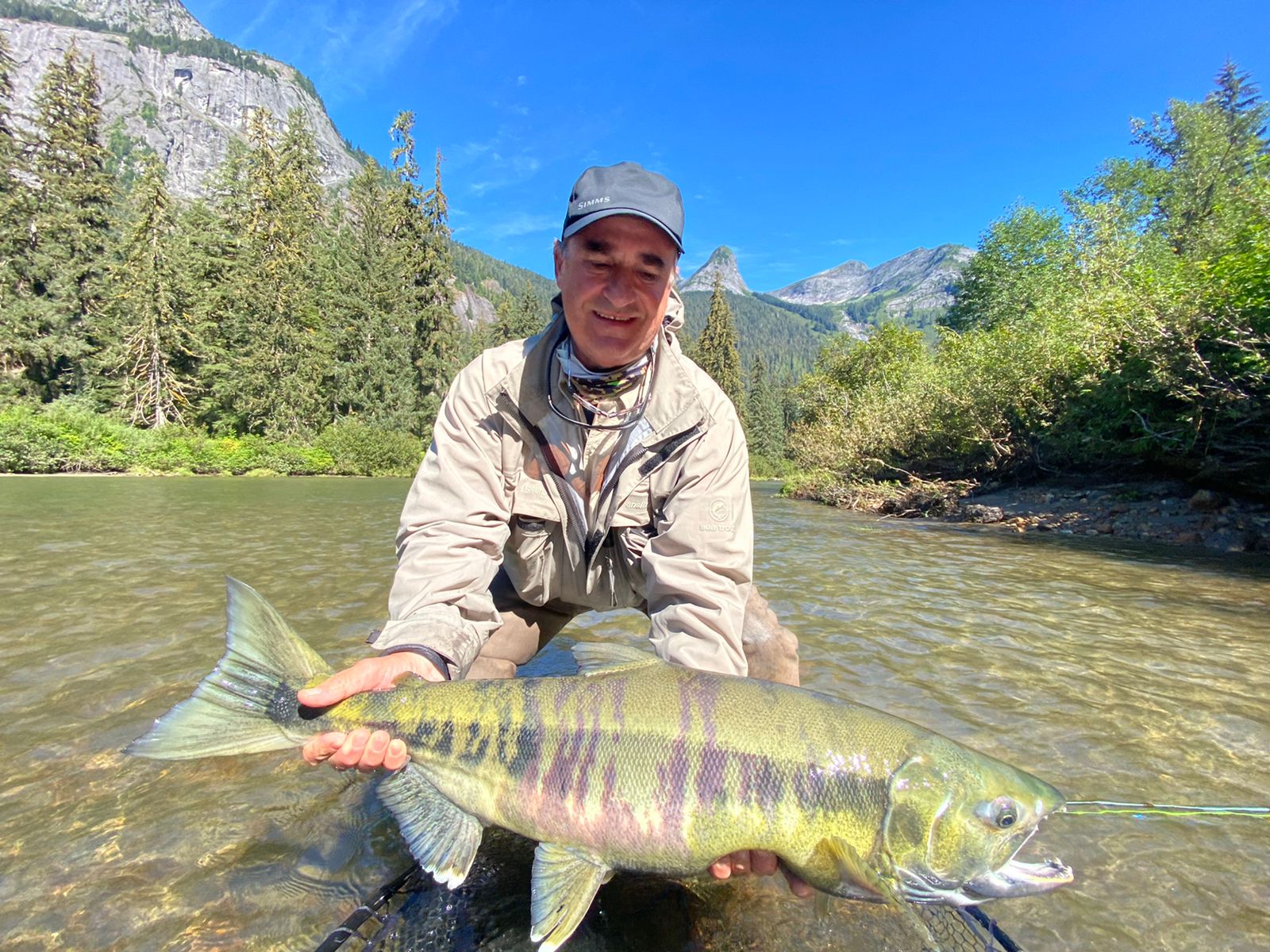 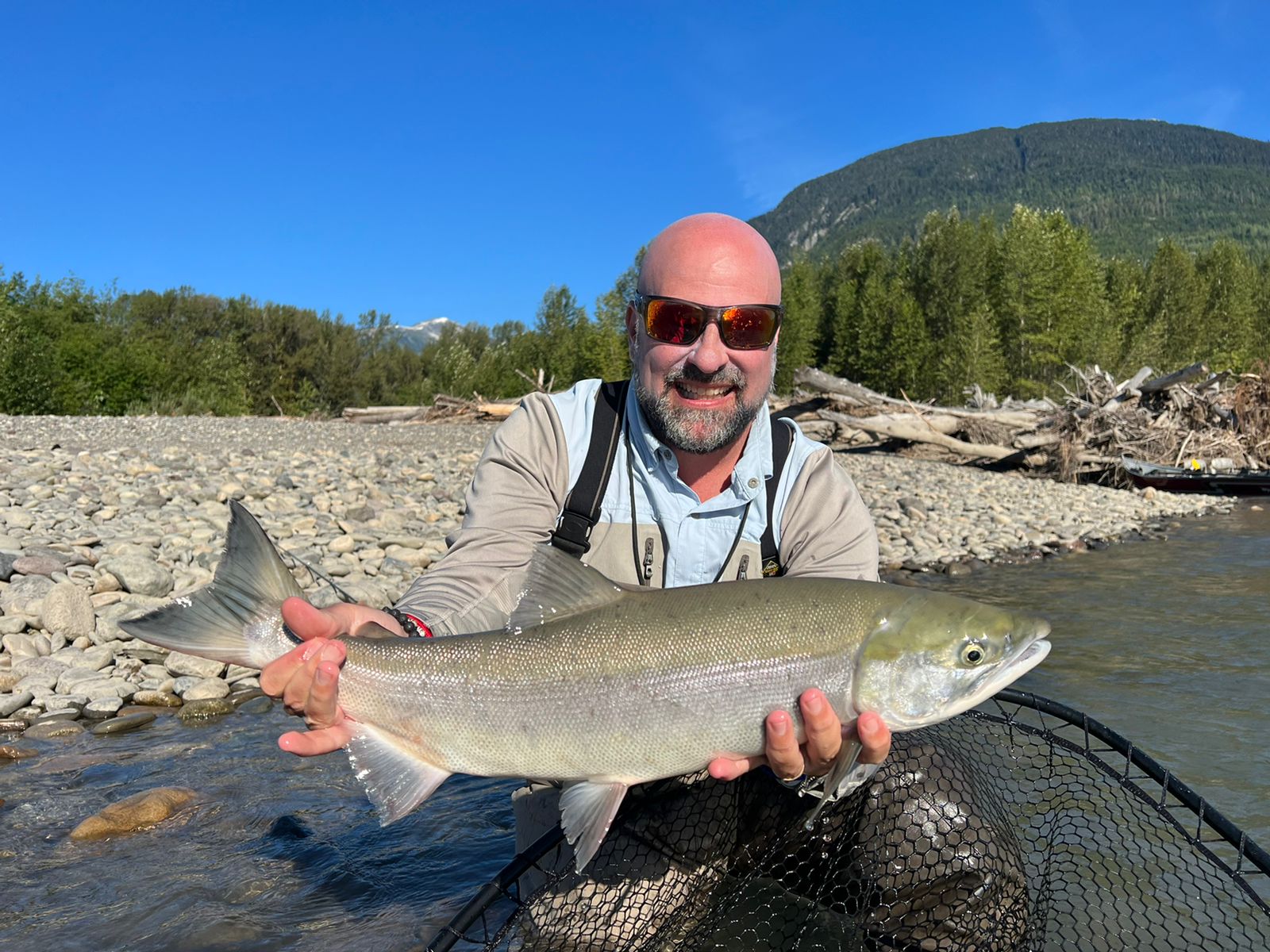 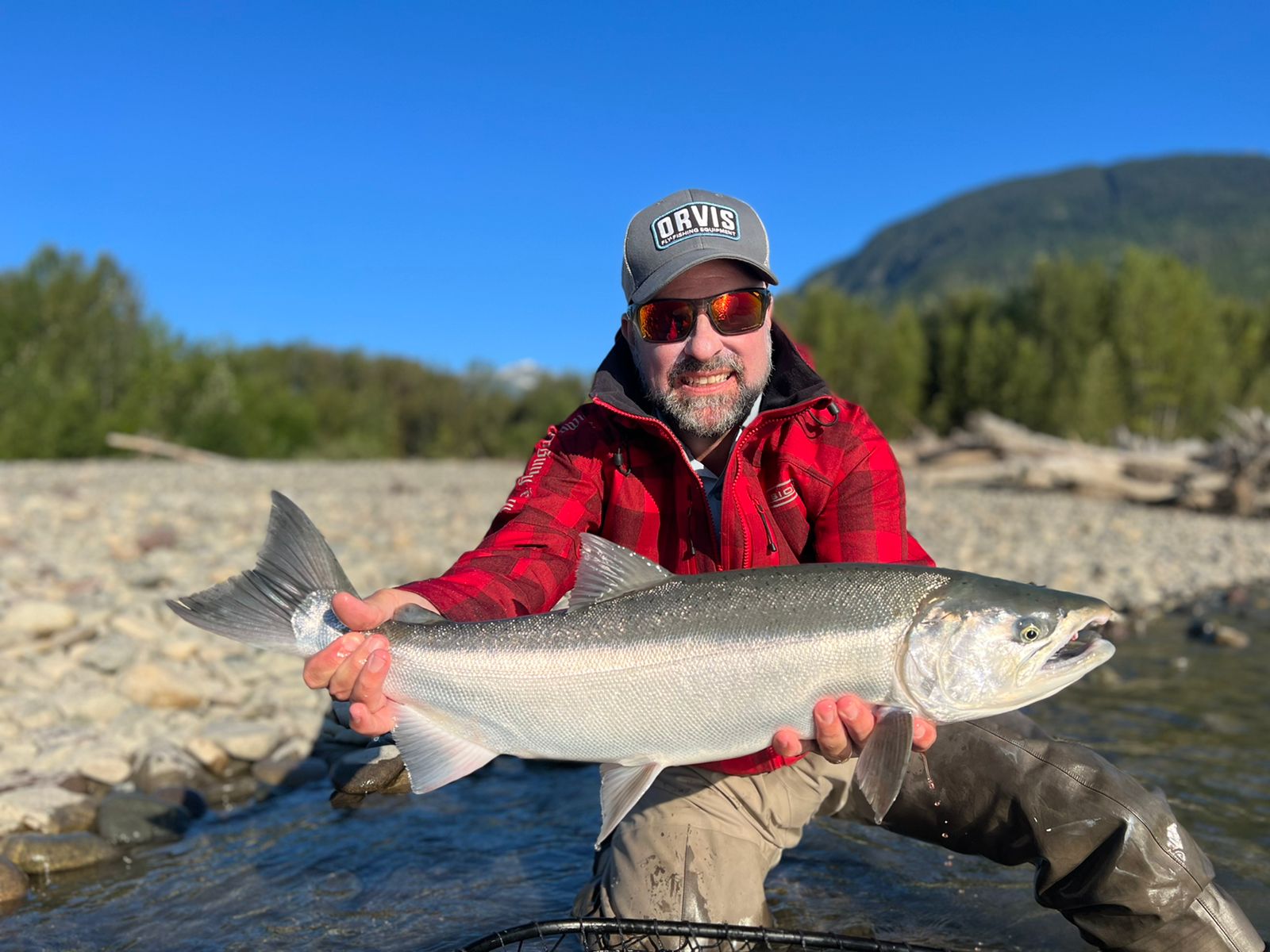 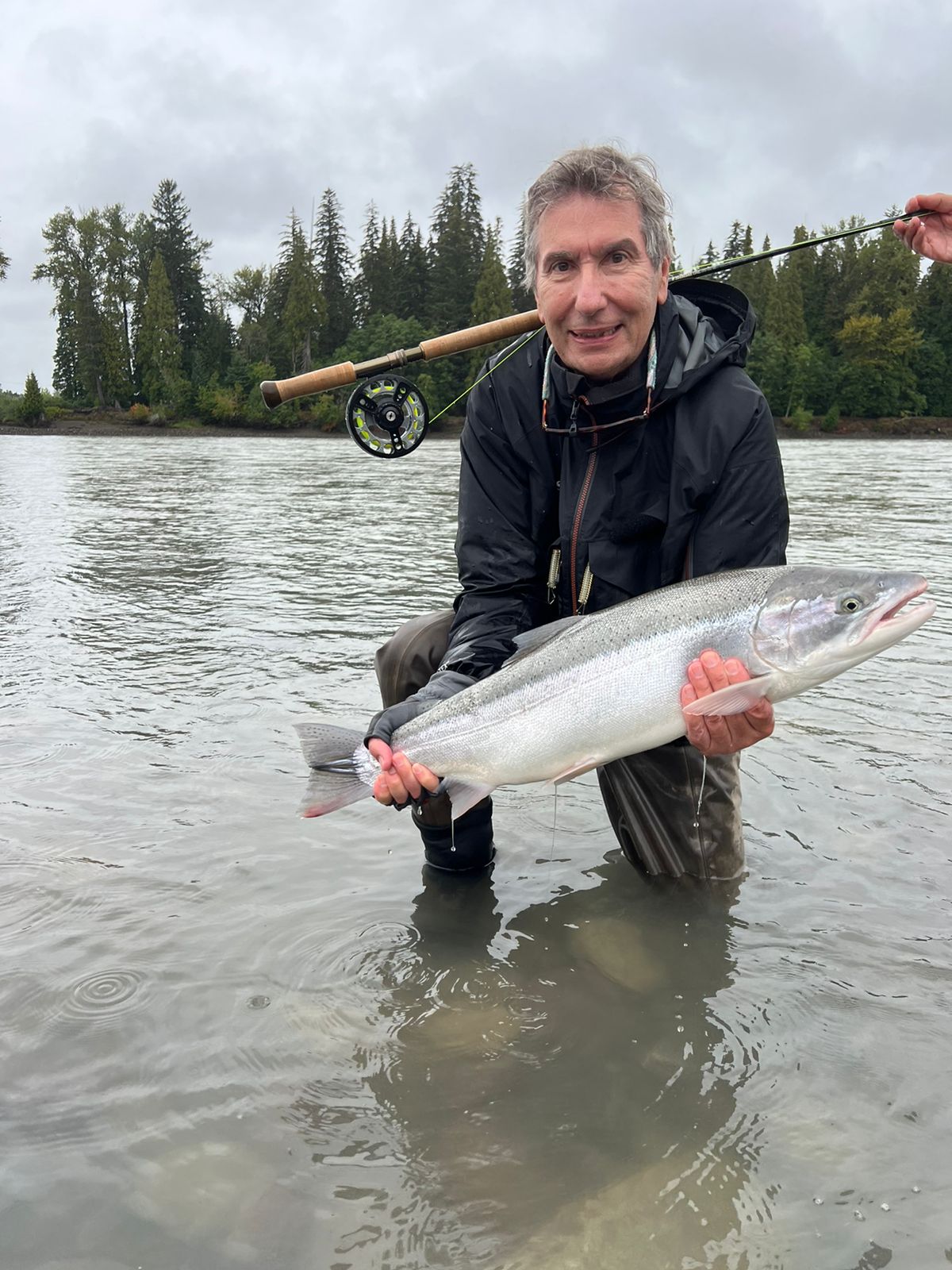 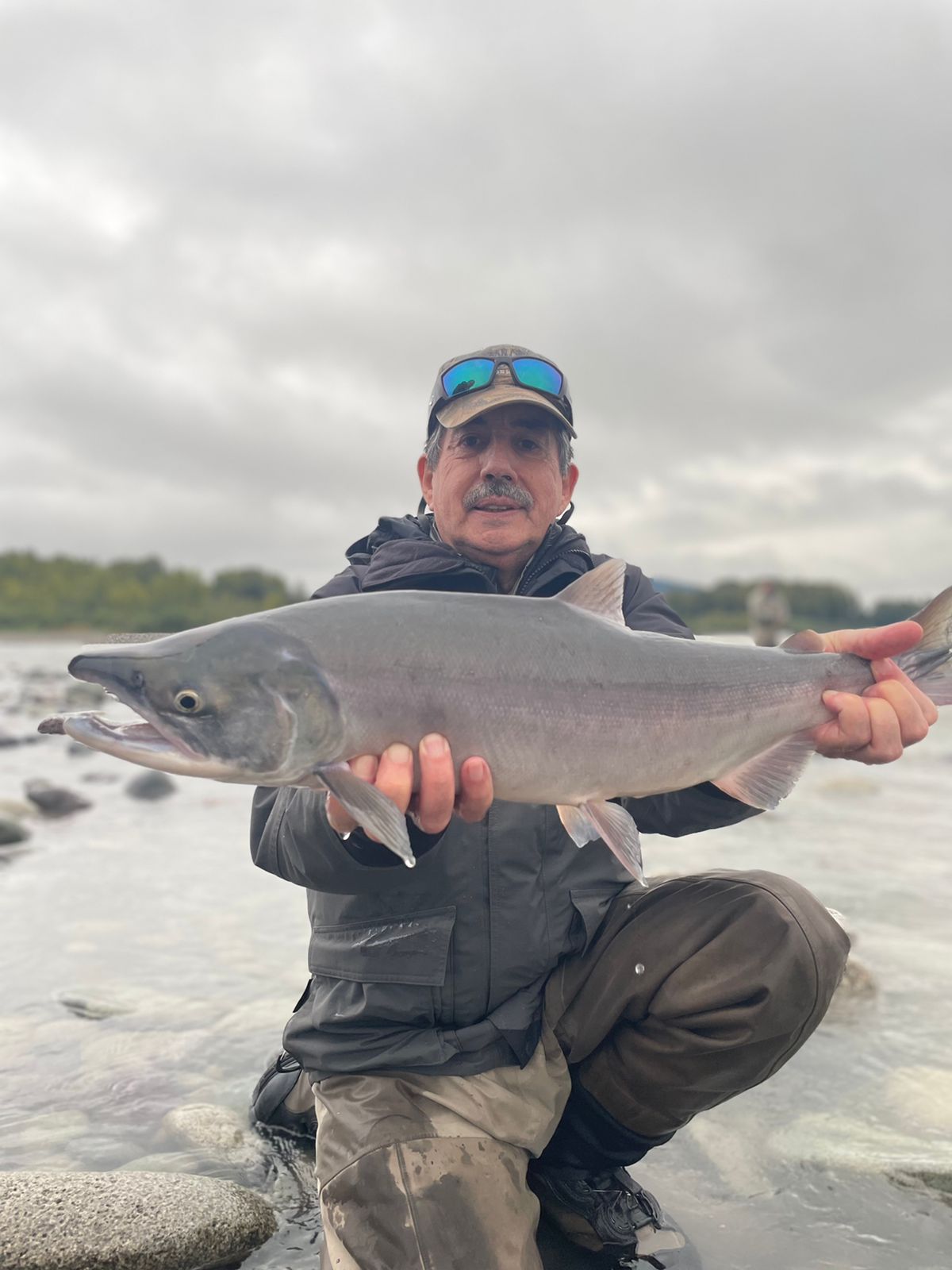 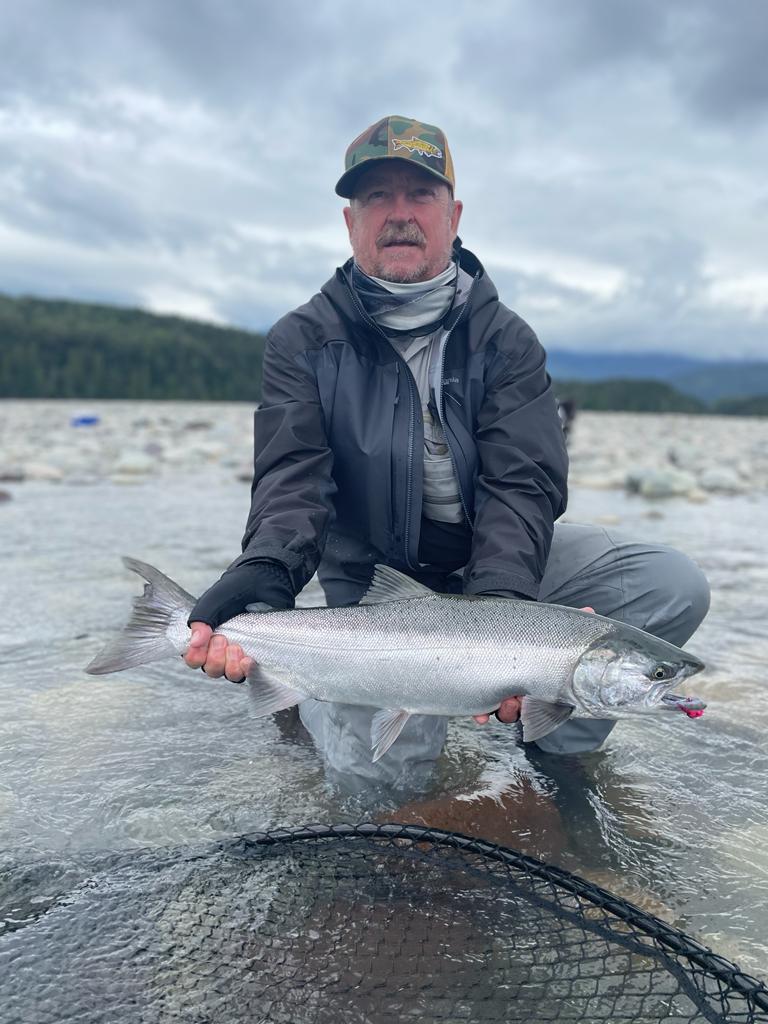 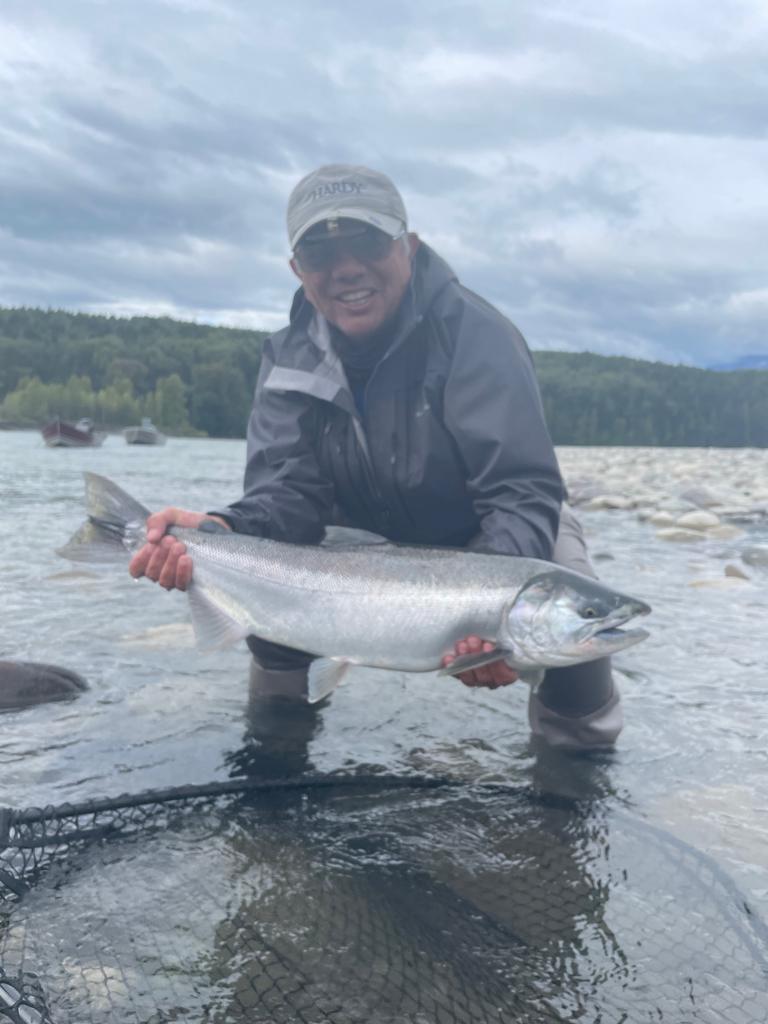